My arrival at the St. John Eye Hospital was a welcome one. The Hospital staff met me with a broad smile, and tremendous hospitality – the first indication how much supporters are valued by the charity. Having received a brief lecture on the history of the Order up to the present day, including its core beliefs and the people who paved the way to its success, it became clear that in the last 70 years St. John has become a beacon of hope, providing care to a population in a war-torn, deprived area of the world.

As a visiting Medical Student, I enjoyed meeting so many other medical supporters, including family friend Dr David Verity, Dr Bob Kersten , Dr Dan Briscoe, Professor Richard Collin and many others. Through their strong ties with the family of St John, they are working to bring ophthalmology and the work of St John both to myself and other medical students who visit the Hospital Group. 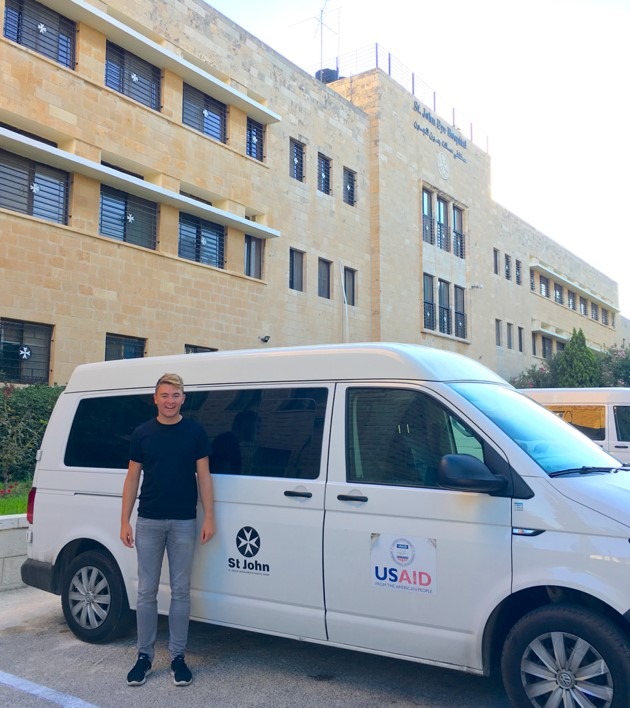 I was fortunate to attend theatres with Doctor Dan Briscoe, an oculoplastic surgeon, and observe the treatment of a Gazan lady who had previously lost an eye from trauma, and was suffering the effects of a hollow eye socket (post enucleation socket syndrome). The surgery took into account function, and the aesthetic and the religious beliefs of the patient, which was a delicate balance, and a massive privilege to watch. He removed temporal fascia from the side of the head to wrap an orbital implant, instead of thigh tissue, as it both obviates a limp after surgery, and takes into account the patient’s religious wishes to keep her legs covered. The temporal fascia was sutured around a silicone implant, which was then implanted into the hollow (enucleated) orbit. He explained how this would improve the symmetry of the patients face, and prevent both rejection and infection of the implant, as it was covered with the patient’s own tissues. The nurses allowed me to visit the patient after surgery, and although there was a language barrier between us, it was clear that she was grateful.

Later, in the day-case theatre, I spent time with a resident surgeon and corneal specialist  Doctor Iyad. Cataract surgery is unlike oculoplastic surgery, carried out entirely under a microscope and displayed to the observers on two large screens. He described the procedure step by step, and with great patience, making his patients, the other medical students and myself feel relaxed in friendly environment. In the space of about two hours he had restored sight to a list of patients, who had arrived with hazy vision, but could now see again. In all the theatres I observed in, the technology, equipment and staff worked efficiently and professionally, taking a short break mid-morning. The table was laid for a late breakfast by the ever-helpful catering staff, and the doctors and nurses discussed their surgical cases, sharing their experiences and thoughts with all the theatre staff. It is worth remembering that all the equipment and treatment at St John is made available by funds raised by the Order, its trustees and supporters, put efficiently towards a most needed and worthy cause.

Perhaps the greatest privilege for me personally was joining the Outreach team and helping them filing notes and testing vision in the clinic in the West Bank. The team was formed of two doctors, three nurses, a driver and two helpers (myself included on this occasion). The team travels every day of the year to a different town in the West Bank region, offering free and vital eye testing to the underprivileged in the area. In clinic, I was able to observe the eye examinations via a teaching lens fixed to the slit lamp, and observed many different diseases, including cataracts, retinal detachments and glaucoma. These patients would then be referred to St John’s satellite hospitals within the West Bank, or to the hospital in Jerusalem. Similar to the surgical team, the Outreach team were very accommodating, and the knowledge I acquired from that one morning was invaluable. One girl aged 19 scored very poorly on her visual acuity tests in both eyes due to refractive error (short-sightedness), and prior to her attending the clinic she said she was “embarrassed” at school, being unable to read the blackboard. With the help of St. John’s Outreach team and the right pair of glasses, this girl will now be able to study normally, and with her improved eyesight will be able to live a more prosperous life.

From my time spent in Jerusalem and the West Bank, with patients, doctors, fundraisers and the rest of the St. John family, the lessons I learnt were invaluable. I saw first-hand the struggle the people face on a day to day basis, and how possible it is to restore the gift of sight, and thereby improve lives.

This experience has encouraged me to engage in charitable events, and raise money for this truly worthy cause. Pilgrims travel from lands far away to see the holy sites in the Old City. But from my time in this beautiful but troubled country, its beauty lies within the walls of the St John Eye Hospital, and the smile of her patients. 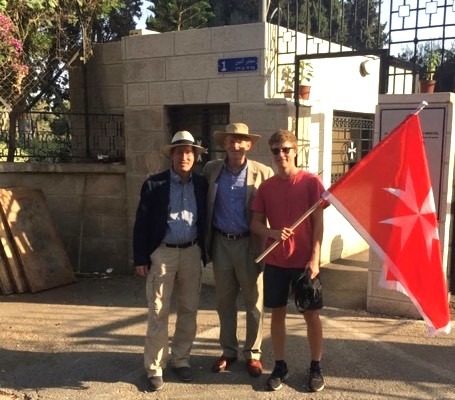 “I was greeted with open arms as I arrived in a world completely foreign to me and immediately experienced the hospitable and caring mentality that St. John Eye Hospital is built upon. After talking to some of the patients I realized what being treated at this modern facility truly means to those in need. Some travelled hundreds of miles to be treated and could only rely on the charitable work of the many ‘Good Samaritans’ on site, and thousands of Supporters across the world.

Through this collaboration, I was even able to get to know some other future medical students which led to several discussions about the latest political developments and created a sense of community, which I believe is the basis for all the work done at St. John in order to help the less fortunate.”

Julius hopes to come back as a medical student volunteer and I hope that he and his generation will be able to carry St. John’s flag into a more peaceful and healthy future.

I have heard about the Holy-Land and the Palestine – Israel conflict for as long as I remember. It seemed a long way away, though I have always been drawn to Jerusalem for its cultural and religious significance and, as it seemed such a special place. The whole region has interested me always so much so that I have decide to study Arabic at University and recently completed my first term there.

In the last couple years, I was made aware of St John’s as my father went to  Jerusalem and Gaza, to work at the St John’s Eye hospitals. This year, however, when the opportunity for my dad to visit Jerusalem and the eye hospital came, I was more than happy to accompany him. 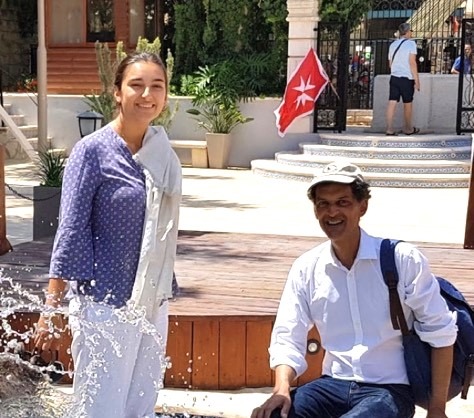 The experience of seeing the city of Jerusalem, the St John’s Hospital and all of the incredible things done by the doctors, nurses and carers was really unbelievable.  It was inspiring to see how friendly and welcoming the hospital was to all who came and how well it was run despite all of the difficulties that the region presents. 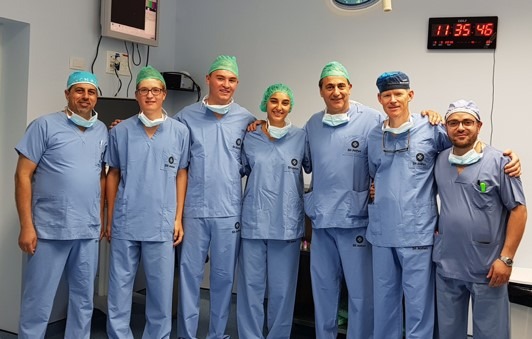 The most exciting day was spent in the operating theatre seeing the way it ran and watching some operations. I felt that I would very much like to go back in the future and spend more time visiting the outreach sites in the West Bank and working in the hospital for a longer period. I would love to be part of the ongoing work that St John’s does and when my Arabic is more fluent, I feel that I will be able to offer much more.