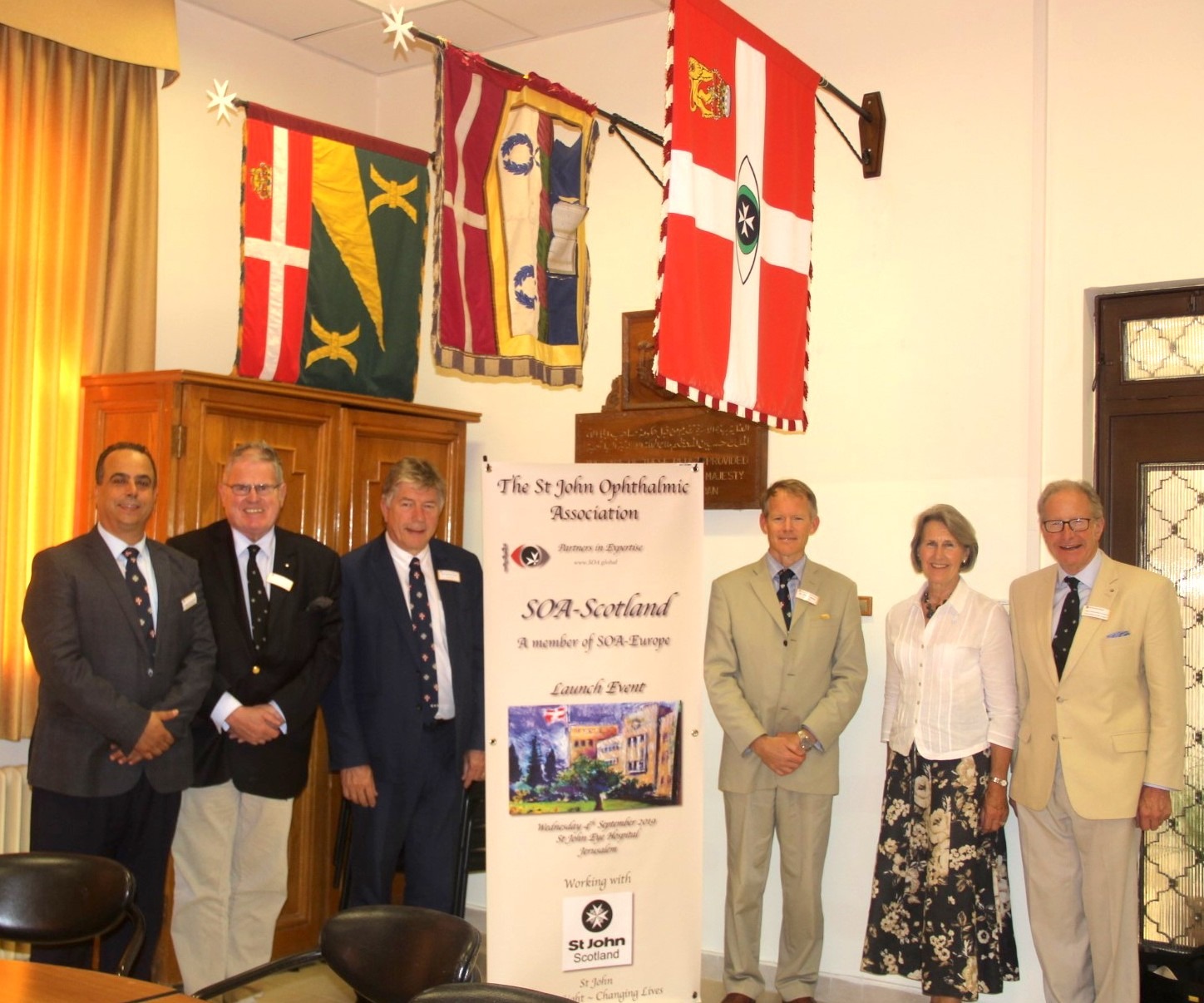 On Wednesday September 4th the Scottish Division of the St John Ophthalmic Association was opened in Jerusalem. The event was led by the Scottish Hospitaller, Dr John Ferguson-Smith, and supported by the Prior of Scotland (Major General Mark Strudwick), the Chair of the Hospital Board (Sir Andrew Cash), the CEO (Dr Ahmad Ma’ali), and the Order Hospitaller (Mr David Verity).

The event formed part of a larger Scottish Symposium, conducted in the Hospital Chapel, and itself part of the 2019 SOA Hospital and History Summit. Joined by 30 Summit supporters, the event was preceded by the presentation of a commemorative plaque thanking the Priory of Scotland for their tireless support for the Eye Hospital Group. The audience heard much about the work of the Priory, supported by presentations from the CEO, Chair, and a presentation on the work in Scotland and the development of the Ophthalmic Association in Scotland from Dr John Ferguson-Smith.

The SOA is proud to have the Scottish branch formally part of the Association.