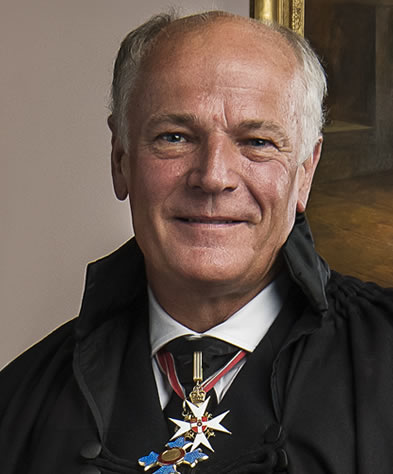 Surgeon Rear Admiral Lionel John Jarvis, CBE, KStJ, FRCR, DL is a British consultant radiologist. He was previously the Surgeon General of the Royal Navy and the Assistant Chief of the Defence Staff for Health. He served as the Royal Navy's Chief Medical Officer and Medical Director General (Naval) until April 2012. He was appointed as an Honorary Surgeon to the Queen (QHS) in 2006. He is currently the Prior of England and the Islands of the Order of Saint John, is the Chair of St John Ambulance, and Patron of the St John Ophthalmic Association.

Back to previous page
Neuro-Orbital Masterclass 2019, The Order of St John