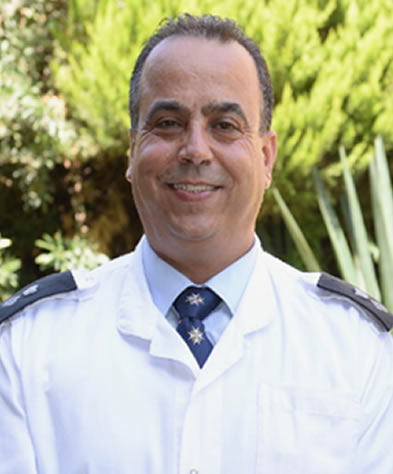 Dr. Ahmad Ma’ali joined SJEH in 1990 as a nursing student, cementing his education at Al Quds University, Greenwich University and Moorfields Eye Hospital, as well as being awarded a PhD from De Montfort University- Leicester in 2017. He became Head of School of Nursing in 2001 and in 2009 he became the first Palestinian Nursing Director.
In 2017, he was appointed as the Joint CEO for Clinical Services & Director of Nursing and Allied Health Professions.
In 2019, he was appointed as the Chief Executive officer of St John Eye Hospital Group.

Back to previous page
The Order of St John