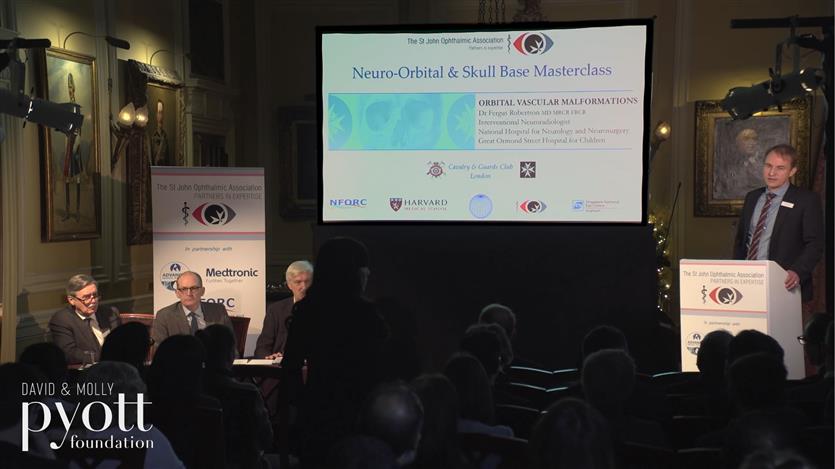 Orbital vascular lesions are a complex and varied group of lesions requiring a multidisciplinary approach to management. The historical terminology and nomenclature of these lesions is confused and often misleading. A clear, pathological-anatomical basis to classification, as proposed by the International Society for the Study of Vascular Anomalies, provides a clear standardised lexicon allowing clear communication across medical specialties and evidence-based approaches to therapy. We discuss the important primary distinction between proliferative vascular tumours and non-proliferative vascular malformations. We then focus on the group vascular malformations: the low flow capillary malformation (CM), venous malformation (VM) and lymphatic malformation (LM) and the high flow arteriovenous malformation (AVM). We relate anatomical and pathological basis to the varying clinical presentations, natural history and treatment strategies of these lesions. We look at examples of cases and examine the role of multimodality imaging in diagnosis and of interventional neuroradiology in management. Finally, we look at conditions which can mimic orbital vascular lesions and the critical importance of recognising these.
View Video... 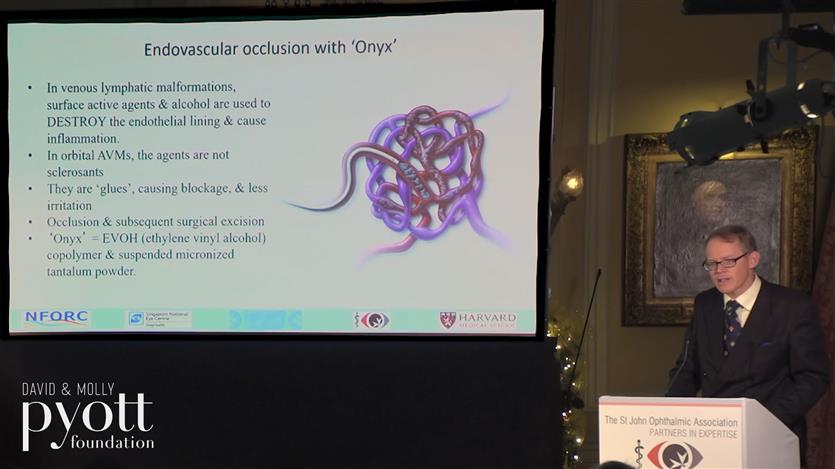 Orbital AVMs – combined endovascular and surgical management.Orbital arteriovenous malformations (AVM) are relatively rare. Such malformations can markedly increase in both volume and arterial flow over months to years, causing progressive orbital aching and globe displacement. Treatment of such shunts requires detailed, selective angiographic assessment and endovascular occlusion of the feeding vessels, these often including watershed arterioles from both the internal and external carotid territories.Closure of an AVM nidus can be achieved with ‘Glubran’ (50% histoacryl/Lipiodol), ‘Onyx’ (Ethylene vinyl alcohol copolymer dissolved in DMSO and suspended micronized tantalum powder), or ‘PHIL’ (Precipitating Hydrophilic Injectable Liquid).Three patients are presented in whom excision of an orbital AVM was achieved between 2 and 6 weeks post-embolisation without haemorrhagic complication or visual loss. One patient presented with a deep orbital AVM and a rapidly progressive preseptal lid component; successful embolization and excision of the anterior malformation was achieved with improvement in both symptoms and appearance, although a deeper-seated orbital component persists. Another patient presented with a rapidly enlarging inferior orbital AVM soon after preganancy, suggesting a hormonal influence on progression.With a multidisciplinary approach between interventional radiologist and orbital surgeon, individual arteriovenous malformations can be selectively embolised, with the occlusive precipitant being relatively inert and permitting clear visualization and intact excision. However, the decision to intervene for deeper orbital AVMs should be balanced against the presumed higher risk of post-surgical visual loss.
View Video... 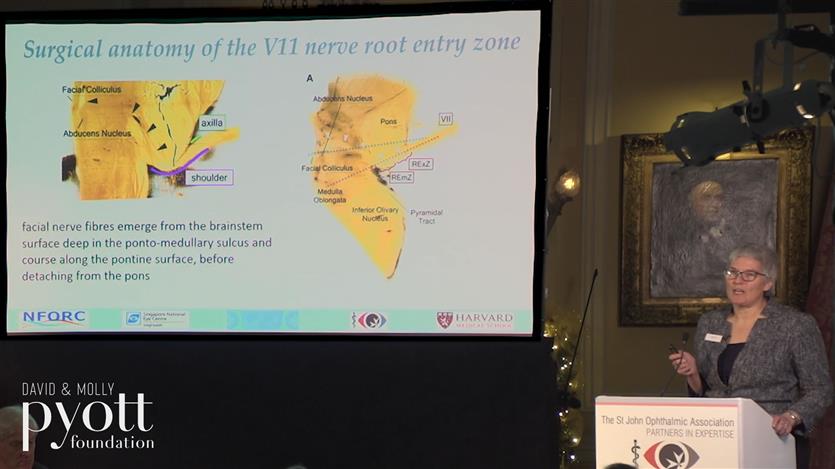 First described in 1875, the management of hemifacial spasm remains challenging.The possible pathophysiological theories behind the cause of hemifacial spasm are considered, alongside the important pre-operative clinical and radiological features for patient selection.Different methods of achieving decompression of the nerve as well as highlighting intra-operative anatomical considerations and possible surgical pitfalls and how these are best avoided are discussed.The increased use of intra-operative neurophysiology monitoring is highlighted as a way of improving surgical outcomes and post-operative symptomatic relief.Three key points:
View Video... 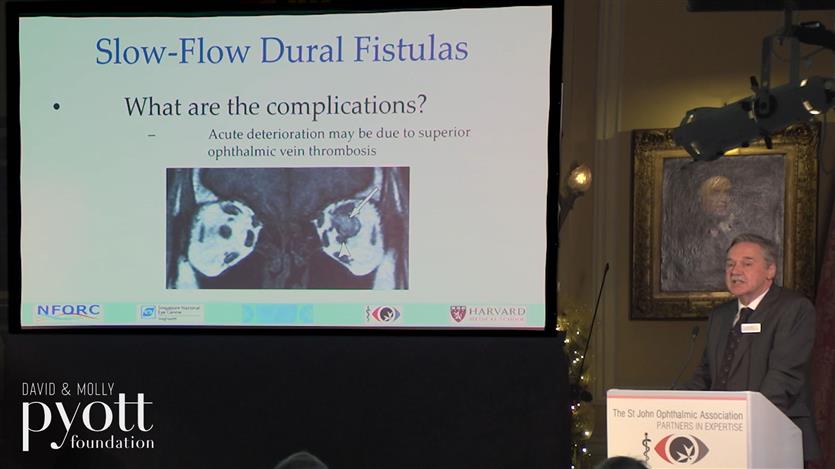 Slow flow dural fistulas involving the cavernous sinus commonly present to ophthalmology with a red eye, occasionally chemosis if severe, or a ocular motor palsy. Tinnitus and proptosis seen with high flow fistulas such as following carotid artery trauma are not common. The more serious complications of other intracranial dural fistulas, such as cerebral venous infarction or haemorrhage are rare and raised intracranial pressure may possibly never occur in these cases. Complications include loss of vision (due to glaucoma), superior ophthalmic vein thrombosis, lid varices and persistent diplopia due to lack of recovery of a ocular motor cranial neuropathy. Diagnosis can be confirmed in the majority of cases by orbital ultrasound, looking for evidence of arterialised anterior flow in the superior ophthalmic vein. However catheter angiography will be required to plan management as the choice of intervention depends upon the precise anatomy.
View Video...